A Cinema Guide by Portlanders

We seem to be living in the era of peak Stephen King adaptations. Last year saw the release of It (2017), 1922 (2017), and Dark Tower (2017).  This year we already have Hulu’s new series, Castle Rock (2018-), which blends together many of King’s stories and locales into one seriously disturbed town. Now, to add to the list, Paramount has dropped a full trailer for their upcoming Pet Semetary (2019) adaptation/remake. Based on the best-selling 1983 novel of the same name, Pet Semetary follows the Creed family as they move from the city to the small town of Ludlow, you guessed it, Maine. Growing up, I often drove past a real pet cemetery in Portland, an image that never failed to freak me out after I was first exposed to King’s tale. It is a story with great potential for a more contemporary adaptation, as some unfortunate effects mean the first attempt at making a movie in the late 80s has not aged well. The trailer is promising, and features a great cast that includes John Lithgow, Jason Clarke, and Amy Seimetz.

When it was announced that Ryan Coogler would not be directing Creed 2 (2018), the sequel to his exceptional work on Creed (2015), I was disappointed. What Coogler did to inject new life into the Rocky franchise and to broadly reinvent so much of the boxing movie as a genre made Creed one of my favorite movies of 2015. The one-two punch (couldn’t resist) of Coogler and Michael B. Jordan showed off some of the best of each man’s approach to their respective crafts of directing and acting. Seeing what he did with Creed was a big part of why Coogler’s choice to direct Black Panther (2018) was so exciting. The result was a superhero epic that elevated so many aspects of the genre. So, my disappointment at not getting to see what Coogler would do at the helm of another Creed movie is tempered quite a bit by yesterday’s news that he will return to Wakanda as writer and director on the yet untitled sequel to Black Panther. 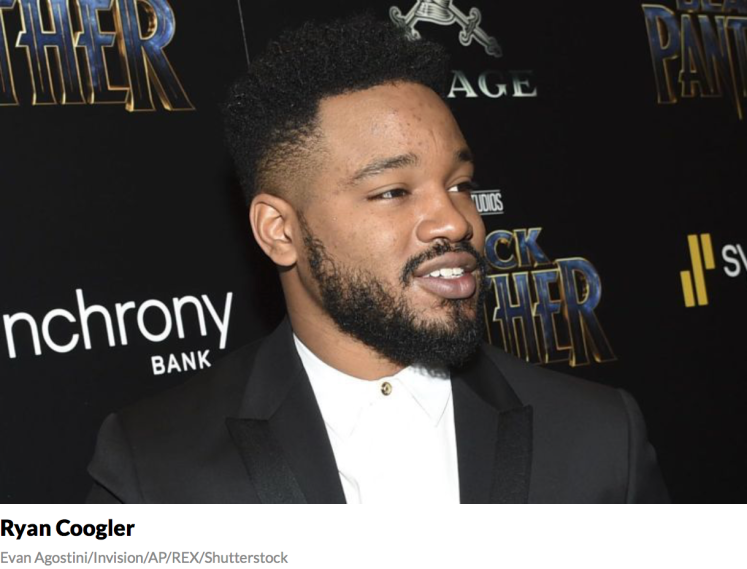 Technically this isn’t from the past week because the music video dropped two weeks ago. Nonetheless, I’ve spent most of the week listening to this song on repeat. The blend of Bradley Cooper and Lady Gaga’s voices is dripping with chemistry, and it gives her a place to show off her truly remarkable voice. Because I live in Middlebury, VT where we are always one or two weeks behind the wide release of any given movie, A Star is Born won’t be making its premiere until a week from today. I was skeptical of the movie when it was first announced, but with every interview, trailer, song, and review I come across that concerns it, I just keep getting more excited. I will be first in line once the Middlebury Marquis starts selling tickets. Until then, more of “The Shallow” repeat.